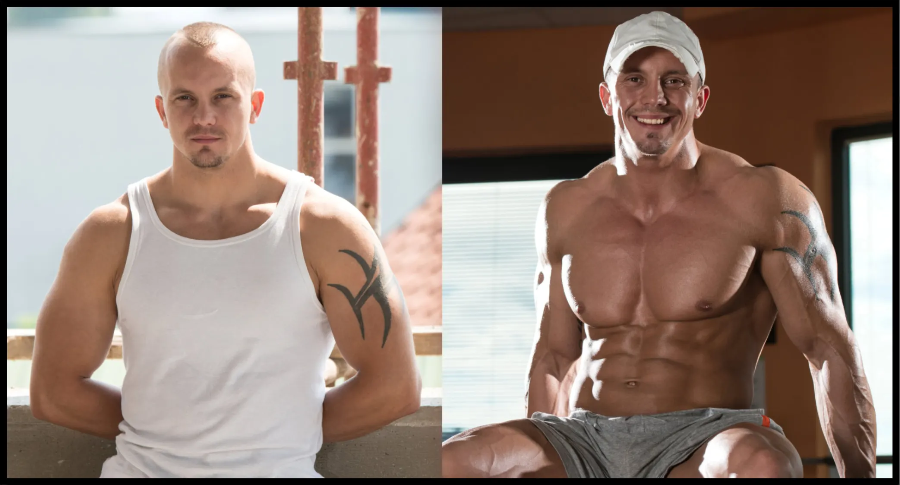 All the "Roid Freaks" Laughed When I Bought My First Cycle of This New Muscle-Building Stack ...But...

"Their Laughter Turned to Complete SHOCK When I Walked Into the Gym, Took Off My Sweatshirt and Started Doing Biceps Curls with 70-Pound Dumbbells..."

Some of the guys at my gym are totally insane. Complete "mental cases." They think the only way to get "thick and striated" is to plunge a syringe loaded with Sustanon 250 into their glutes... every day!!

Not only are these guys total whackjobs, they're fkn morons. I'm living proof! I've never touched steroids in my life. Sure, I thought about it, but my better judgment always got in the way.

But, I have tried tons of supplements. Yeah, some of them worked OK, I guess. And, some of them worked pretty damn good. But, nothing has ever worked as good or as "Usain Bolt fast" for me as my first cycle of a new somewhat underground bodybuilding system called "The Ultimate Muscle Building Stack." Nothing! Not by a long shot.

Talk about shutting up the "roid freaks." Actually, they aren't bad guys... they just don't know any better. They are risking their health... spending a fortune... breaking the law... just to get "huge" (most of them just look bloated and fat, if you ask me).

I understand why they're doing it, though, because like I said, I've been tempted as well. But I discovered a cheaper... safer... and legal way to do it by stacking four supplements together: Monster Mix, Adaptophen, Creatine Tri-Phase and C9-T11. They are beyond potent. The awesome results I got using these 4 products making up the Ultimate Muscle Stack completely floored everyone at my gym. Never did I think I could get such staggering results... like...

Not bad for a drug-free (and legal) cycle! In all, I gained 20 pounds of shredded muscle mass. Most of the guys using roids gain a lot of fat and water. That's why they look all swollen and "bloated," like human pufferfish. I don't know about you, but I'd rather pack on lean, ripped, muscular weight rather than bloated puffy weight.

All in all, it took only 30 short days for me to get this jacked ... all without roids.

Think about it... 20 pounds is pretty damn incredible when you consider most roided-up bodybuilders don't gain this much shredded muscle in such a short amount of time. (Not even with the powerful European stuff the Mr. Olympia genetic freaks use.)

Now, maybe you're asking, just what is Monster Mix, Adaptophen, Creatine Tri-Phase and C9-T11 that make up this potent Ultimate Muscle Stack? They are drug-free supplements made by Team ANR (Applied Nutritional Research). The researchers at Team ANR really know their sh*t. They realize bodybuilders know if something works and if it doesn't.

Supplement companies really do have to develop products that make bodybuilders bigger... stronger... and more muscular, or, they go out of business. Team ANR understands this. That's why they spent nearly two solid years (and lots of $$) developing the breakthrough concept of using the potent arsenal of Monster Mix, Adaptophen, Creatine Tri-Phase and C9-T11 all in one incredibly potent Ultimate Muscle Stack.

And I'm not the only one who thinks this "quadruple combo" works. Just listen to the comments of other bodybuilders who have used the stack... 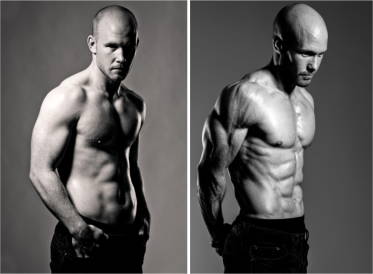 "I have been using the Ultimate Muscle Stack for about 4 weeks. I am an older, fairly hardcore lifter. Quite frankly I've had incredible results and get a lot of compliments from the younger guys at the rec center where I work out who say I must be on steroids haha. I told them not to mess with that stuff and instead pointed them to this supplement combo. They told me they're going to give it a try. I'll let you know what they say!" - Mark Knapp, Dallas, TX 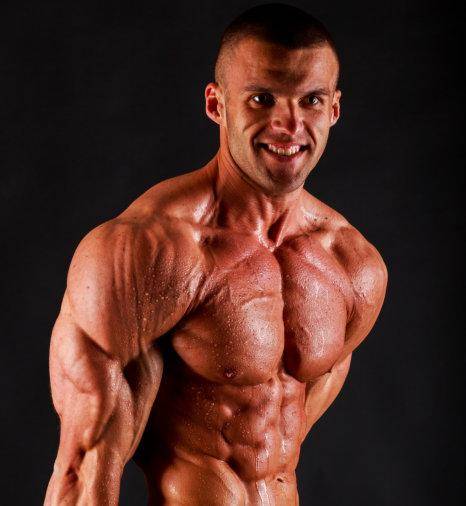 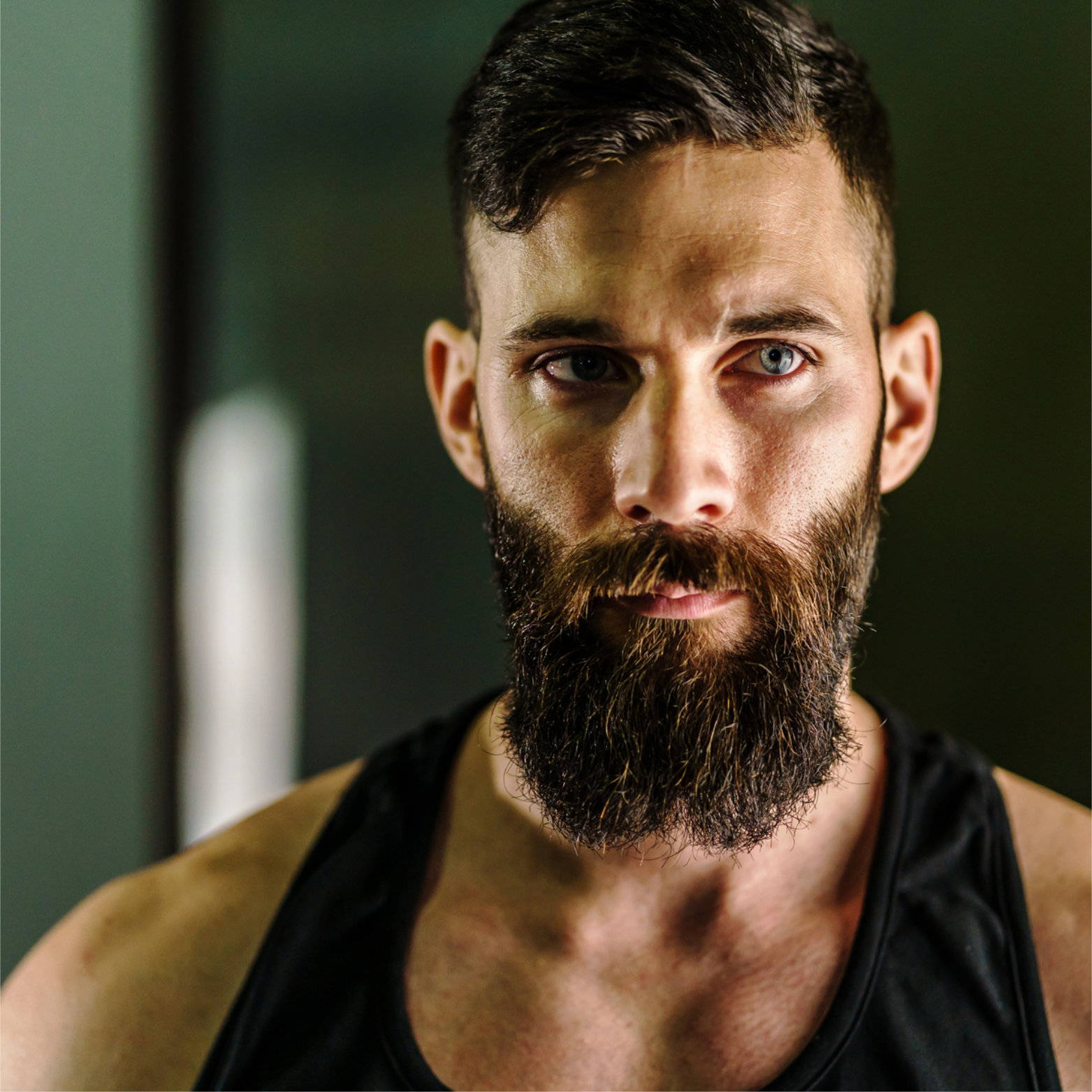 "I have tried just about everything as far as supplements go and even I'm shocked at how kick-ass this Ultimate Muscle Stack works. I've been stuck on a plateau as far as gaining additional lean muscle for about a year but after the first week of using this stack, my bench press and squats exploded. The size and strength gains are almost 'roid-like. Amazing stuff!"- Ron Hodges, Iowa City, Iowa

Can you handle outlandish gains like these? That depends. Granted, this stack isn't for everyone. It's definitely NOT for every Pencil-Necked Ding Dong in your gym. And it's not for minors under 18 years of age who want to get "jacked." It's for grown-ass serious lifters only. Lifters who want to be better than the average "Joe Palooka" at the gym.

And get this... you can get this entire stack for only $147 if you order today. If you ordered each of these potent supplements separately, it'd cost you $277. You save nearly half off the regular retail price!

One more thing... Just in case you have any lingering doubts as to how effective these 4 supplements are, take a quick peak at what I look like now below! Yep, that's me after taking my second "cycle" of The Ultimate Muscle Stack. (Notice I've since filled out my tribal tat on my left biceps that people always gave me shit about lol. They're not laughing now!)

One final note. If you're not absolutely thrilled and majorly jacked up with the results you get using this explosive stack... you'll get a prompt and courteous refund of the full purchase price! 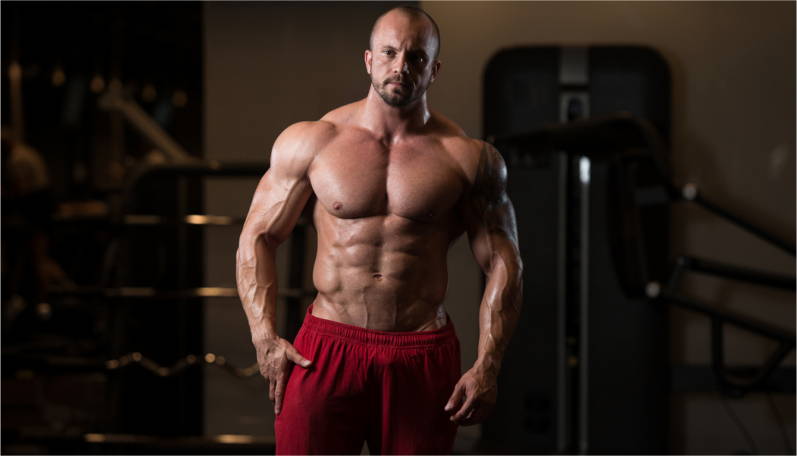